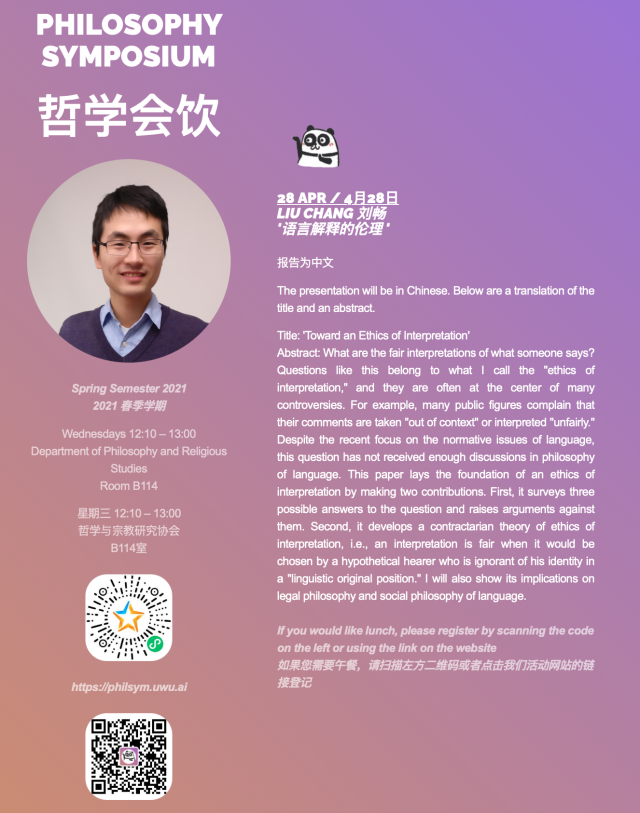 摘要: What are the fair interpretations of what someone says? Questions like this belong to what I call the “ethics of interpretation,” and they are often at the center of many controversies. For example, many public figures complain that their comments are taken “out of context” or interpreted “unfairly.” Despite the recent focus on the normative issues of language, this question has not received enough discussions in philosophy of language. This paper lays the foundation of an ethics of interpretation by making two contributions. First, it surveys three possible answers to the question and raises arguments against them. Second, it develops a contractarian theory of ethics of interpretation, i.e., an interpretation is fair when it would be chosen by a hypothetical hearer who is ignorant of his identity in a “linguistic original position.” I will also show its implications on legal philosophy and social philosophy of language.